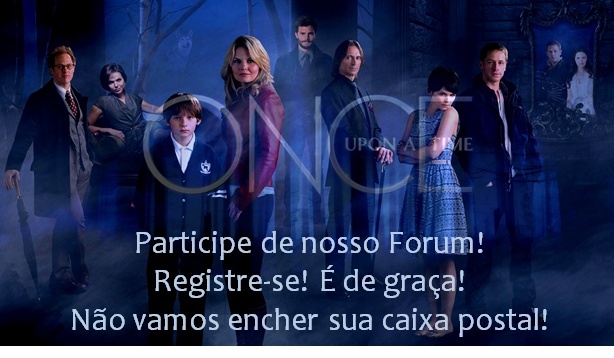 Once Upon a Time

» Episódio 16 - The Miller's Daughter (A filha do moleiro)

Once Upon a Time Season 2 Spoilers: What Happens in Episodes 2 and 3?

Once Upon a Time :: Diversos :: Spoilers

Once Upon a Time Season 2 Spoilers: What Happens in Episodes 2 and 3?

SpoilerTV has new details on Episodes 2 and 3. As already noted, the September 30 premiere, titled “Broken,” is about the aftermath of the curse breaking and Mr. Gold bringing magic into town. But then what?

Well, the good news is, a lot of fans were right about what they thought would happen to the Charming family. The bad news is, they were right about the Charmings splitting up. It sounds like newly rediscovered mom and daughter team Mary Margaret/Snow White (Ginnifer Goodwin) and Emma (Jennifer Morrison) will be forcibly — magically — separated from dad David Nolan/Prince Charming (Josh Dallas) and son/grandson Henry Mills (Jared Gilmore). We pretty much all deduced this from previous photos and spoiler teases. Also, it sounds like it still isn’t possible to leave Storybrooke, unless you are pushed out by magical means. (A town in Maine torturing its residents — are we sure Stephen King isn’t behind this whole show? Will he be the next Storybrooke character to appear?)

EPISODE 2
According to Spoiler TV, Episode 2’s title is “We Are Both,” which sounds like a reference to characters like Mary Margaret being both the sweet teacher in Storybrooke and badass Snow White in Fairytale Land. But it probably has a second meaning too. The episode synopsis reads, “Regina continues to find a way to regain her powers; David continues his quest to find Mary Margaret and Emma; the seven dwarves discover what happens when one of the townspeople tries to leave Storybrooke's city limits.”

We doubt the dwarves are going to discover it’s really easy to leave ‘cause Storybrooke is conveniently located right off I-95. And Regina needs to regain her powers? They don’t mean her magical powers, right? Is there any way for her to regain the pre-curse-breaking power she had over a town that is now an angry mob with pitchforks? Would anyone really fall under her “spell” again?

EPISODE 3
SpoilerTV says Episode 3 is called “Lady of the Lake,” which hints to the launch of the Arthurian legend section of our program. We know Lancelot is coming, but what about King Arthur? Will the new magical people coming to town in later episodes be tied into this story, perhaps including Merlin? Anyway, the episode synopsis reads, “Emma and Mary Margaret try to find a portal that would bring them back to Storybrooke; Henry tries to talk Jefferson into reuniting with his daughter; on the eve of meeting Prince Charming's mother, King George poisons Snow White.”

So Mary Margaret/Snow White is not in a good place this episode, no matter which realm she’s in. (But where are they? Wonderland? Fairytale Land? Somewhere else?) But back up — why would Henry have to talk Jefferson/The Mad Hatter into reuniting with his daughter, Grace? What are we missing on that?

How are you interpreting these new episode details? Are you seeing completely different theories emerge? Are you confused or even more excited for the new season to start? And where the heck is Captain Hook? How long do we have to wait for him?

Once Upon a Time :: Diversos :: Spoilers